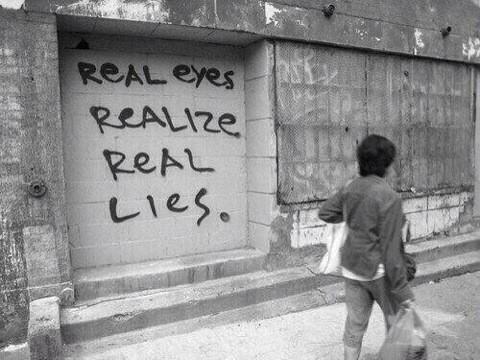 Ever since I began working at Chalfonts Community College I have been impressed by the role the school plays in teacher development. Currently, we offer teacher training placements for ITT students; an impressive middle-leader programme; funding and support for teachers who wish to complete Masters level study; and this year we were invited to be a pert of the Hearts and Bucks Teaching School Alliance.

On Monday, we will be convening with St Clement Danes School and Parmiter’s School for our first TSA Conference. During the morning we will be working in departmental teams, sharing best practice and forging links for the future. I am really looking forward to working with the other English departments and I hope that my team get a lot out of the day.

Our time together begins with an opportunity to present our vision for Key Stage Three, following the introduction of the new National Curriculum. In all honesty, we have not made significant changes to what we have been doing over the last two years. Many of the key areas of learning that have been emphasised in the new NC were already priorities in our programme of study, having sought to create a greater degree of continuity between Key Stage Three and Four.

However, putting this presentation together has been a useful process. And I am looking forward to presenting it, along side Joanna Green (Deputy Leader for English), tomorrow.

*The slides can be viewed in full screen and you can access speaker notes by clicking on the cog. If you have any questions please leave a comment.

Back in September, Jim Groom shared his thoughts on the importance of reading for context. An approach to reading that for me is about becoming a more active, critical reader. As I read his post, I found myself nodding along, each sentiment reflecting what I find myself saying to both my GCSE and A-Level students on a weekly basis…

I’ve taken pains to reinforce how essential it is to read for context. To read for the things that don’t make sense, read for the things you do not know, and read for the ideas that make you stop and think. And in the process take the time to play detective. Look things up. Follow the lead the writer gives you, try and build a context for your reading. What’s more, with the ubiquity of the web the process couldn’t be any easier.

Without an understanding of context…

You miss something in the understanding. And with the web always already right there it makes the excuses of not doing it nothing short of paltry. Contextualizing and augmenting one’s understanding of any book is that much easier, faster, and more powerful—and it should increasingly be expected of students.

Yet I often find that it isn’t or hasn’t been. And as Jim exemplifies in the age of Google there is no excuse.

With my own students I begin at an even more basic level. When they encounter a word they do not know, I encourage them to work to figure it out; to contextualise it. And should that not work, to turn to the dictionary and find the definition. What I won’t do is tell them the answer nor will I allow them to ignore it. Why? Because…

…the act of reading is not to be taken for granted.

Reading is an active, critical process that needs to be cultivated. While it may not seem likely to them at first, I believe that most of my students come to appreciate that rather than taking the pleasure out of reading, stopping and looking things up improves their understanding and their enjoyment with it.

There are no films, TV programmes, advertisements, books, paintings or radio shows. Nor do we watch, observe, gaze, inspect, listen or study. There are only ‘texts’ which we ‘read’.

Sometimes the language we use in the classroom is peripheral, complicating meaning and/or understanding. After all, words such as ‘film’ and ‘advert’ are only generic terms, used to classify texts, in our dumbed down world, where we clamour to have everything fitted neatly into little boxes. Words such as ‘watch’ and ‘gaze’ do nothing more than describe states of being.

None of these terms are helpful in preparing young people to be literate in the 21st century. The values placed on texts such as ‘films’ and ‘TV programmes’, when combined with words such as ‘watch’ or ‘listen’, are predominantly negative. The implication being: ‘no reading is required’. However, any student of Media Studies, Communication Studies or Linguistics will tell you that, this is not true.

Moreover, children are being born into, and are growing up in a “media-saturated society” (Strinati, 1992) where the boundaries between high and low culture have been eroded almost entirely. This is a dangerous world in which young people are growing up. That is, if we don’t begin to treat supposed ‘lowbrow’ texts with the same critical reverence as we have paid to fine works of art, classical music and plays.

It is my contention, that we can take steps towards achieving this, by redefining (and using) just two words. Those words are ‘text’ and ‘reading’.

With my semiotic hat on, I would suggest:

If we reduce our classroom language to these two terms and help our students to appreciate the above definitions then we can change the way they look at the world; opening their eyes to the depth of meaning that can be found within a Shakespeare play and Call of Duty. Moreover, we can remove hierarchal precepts and establish a level of equality, in which both (highbrow and lowbrow) texts are read (critically) not watched or played. 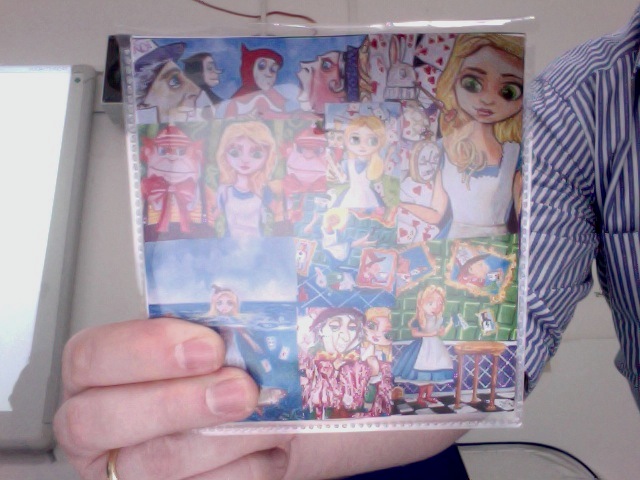 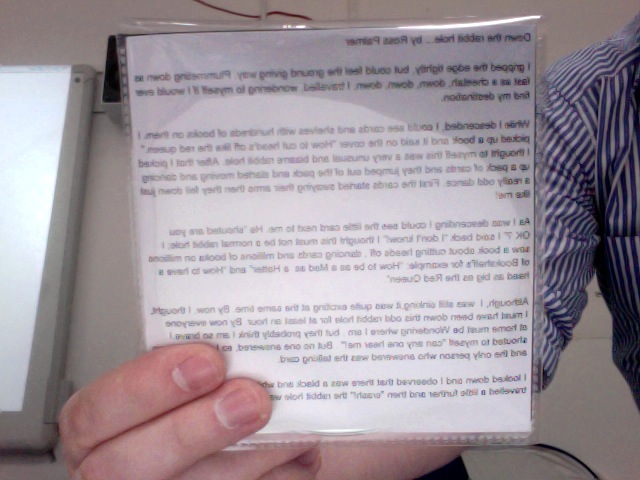