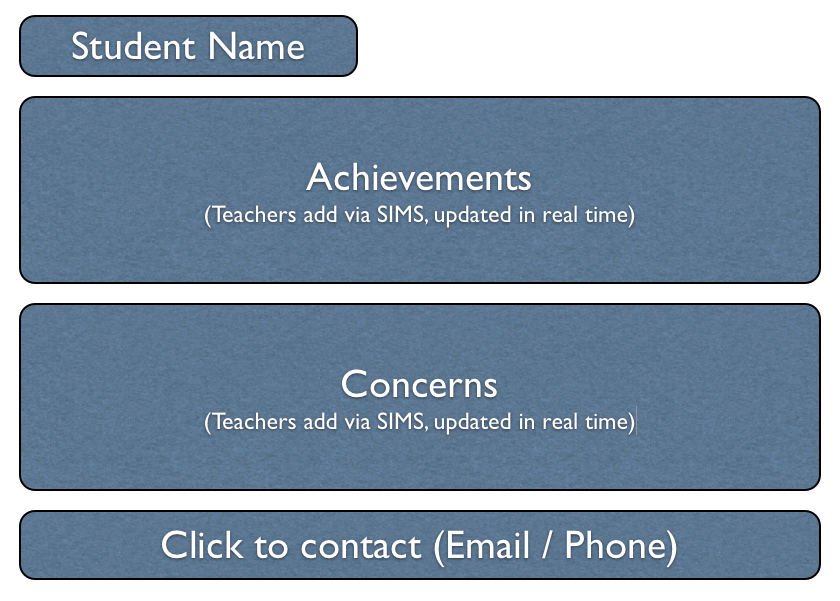 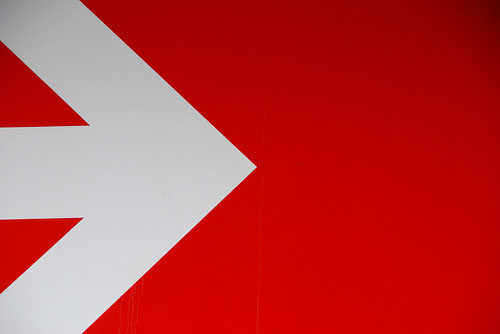 After the success of last night’s online meeting with parents, my line manager, Greg (@greghodgson) asked me to consider how we (CCC) should move forward with this process. He asked me two questions: 1. How do we push this out across all departments? 2. How do we convince a majority of parents to access it?

Below is my initial response to these questions:

1. How do we push this out across all departments?

So far only English, Media Studies, Maths and Science have delivered online meetings with parents. To get more departments involved I think we need to make the value of the meetings as clear as possible. They offer improved (mass) communication with parents. The parents feel more informed and they really like that they did not have to come all the way to school. Students benefit from improved support from home.

A simple and engaging document that explains the methodology and pedagogy behind the meetings needs to be made available. It is imperative that we market the meetings in the right way therefore I would include quotes from parents giving positive feedback. This could be handed out in either a staff meeting or in a CPD session.  Alongside the document we must capture their interest by allowing them to view a meeting – either a recording or ideally to join in with a live event to get a realistic understanding of how they work.

(We could perhaps be more direct; making it a requirement for all departments to complete at least one online meeting with parents during the next academic year. However, I feel that the quality of the meetings would suffer if this is forced upon departments/teachers.)

2. How do we convince a majority of parents to access it?

The number of parents joining the meetings has been encouraging but moderate. We would like a majority to attend. I personally feel that we need to get better at utilising parent power. (A satisfied customer is the strongest advocate you can have.) We need to get a few of the parents who have attended the meetings to make contact with other parents and share their experiences. Also, we could get the PTA involved in helping to promote them.

We need one brand (maybe a postcard) that can be used for all meetings of this kind that can be quickly and easily produced. I know e-mail works but I do wonder how many parents either did not read the e-mail or read it and forgot about it.  Some times paper still is the best way. We also need to get parents past the fear of it being online (and we need to get teachers past this fear to). Accessing email, clicking on links is daunting for some parents and teachers.

One good question leads to another:

As usual when asked a series of questions I always come back with many more. Here are a few:

Food for thought! If you have any questions or thoughts about what we have been doing please email me or tweet me.

You can read my previous two posts on Adobe Connect and online parents meetings here and here.

After the success of our previous online meetings with parents, I decided that the format would be a good way to help the parents of Year 10 GCSE Media Studies students understand what their exam entails and how they should be revising for it.

The Year 10 cohort are the first group studying the new OCR GCSE Media Studies syllabus and it was decided that we would enter the students for the exam in Year 10. This will allow them to focus on coursework (controlled assessment) in Year 11. The coursework element is now worth 60%.

While I can’t show the recording of the presentation due to privacy concerns, below is the PowerPoint that I used. I tried to adopt the Lessig method of presentation, although at times I didn’t manage to be as succinct as I would have liked.

And here is a screen grab of the meeting room. I stick to a standard layout allowing the PowerPoint to be the dominant feature on screen. There is a chat box in the bottom left which was used by the parents to ask questions after I had finished speaking. Above that is a pod which tells me who is participating in the meeting (I have blacked out the names) and in the top left is the Video feed. 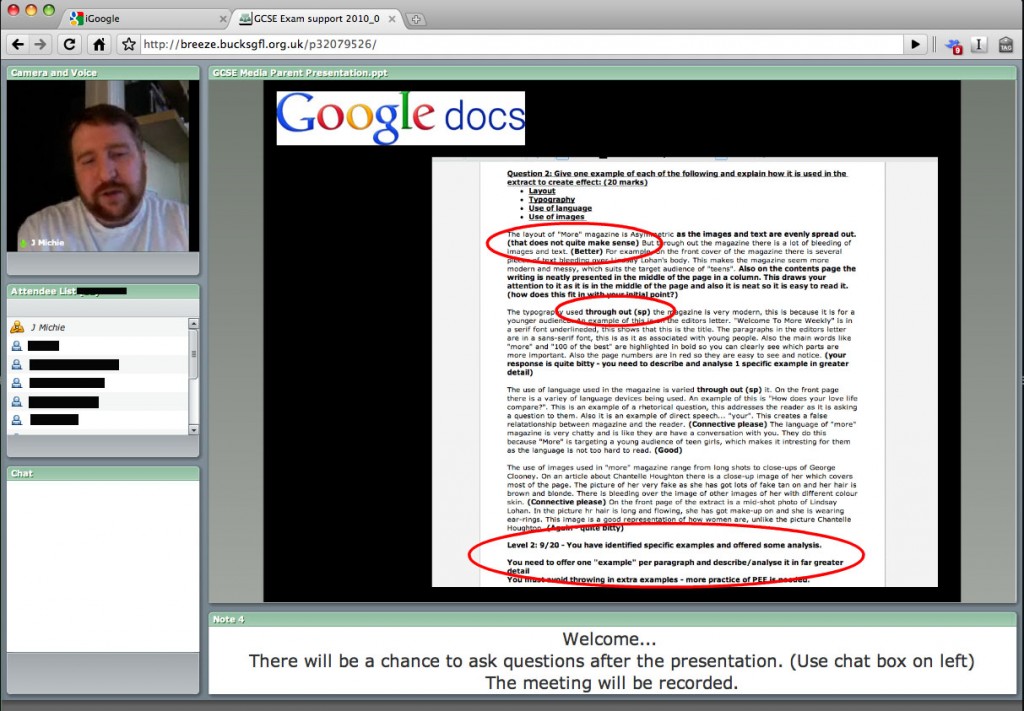 Feedback was once again resoundingly positive, with all of the parents who attended the meeting praising us for our innovative approach to keeping them informed. What’s more they echoed the sentiments put across during the previous run of online meetings that it was lovely to be able to receive the information in the comfort of their own homes.

I believe that this form of parent/teacher interaction is highly sustainable and can only see that we will continue to develop its use during the next school year.

The access to and ease of use offered by Adobe Connect (via BucksGfL) has been integral to its success as there is no sign up required by the parents. They only need the link which we send out by email and/or postcards. A link is also placed on the front of the school website.

Like truly effective ICT use, we wish to ensure that this is as easy for parents as possible – we don’t want them to be turned away at the door! 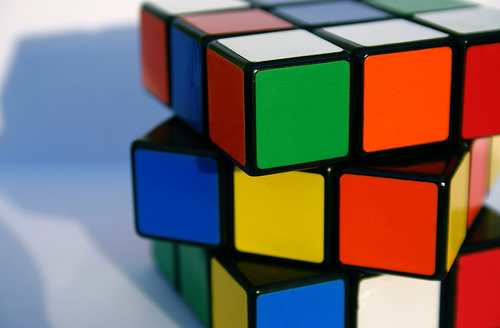 Last night I delivered an online presentation to parents of Year 11 English/English Literature students.  50 parents were in the room as well as myself and a colleague from the English department.  We had numerous e-mails from parents who wanted to get in to the meeting but couldn’t due to the fact that we were over capacity.  While that is frustrating, it is also very exciting. The highest number of participants in previous online meetings had been a little under 40 – a new record for the school. We are going to look into the capacity issue so it can be resolved for future events as the Science and Maths departments are due to do similar meetings in the very near future!

Link to the Online Meeting. (Link removed at request of school SLT)

A little background on CCC and its use of online conferencing:

At my school we have been using Adobe Acrobat Connect Pro for some time; video conferencing having become “a part of what we do”.  Our most prolific use of Connect Pro can be found in our delivery of an “Online Games Design Course” that is attended by Creative Media Diploma students and any other students who have an interest in games design.  This is currently running on Thursday nights between 7:00 and 8:00.

The meetings are led by @rhadad who is a teacher/games designer from Chicago.  She beams in every Thursday at 7.00 along with a guest presenter (Moses Wolfenstien, @camaxwell, @gtrefry) to teach the students about  games design.

This was pioneered by @greghodgson and @hstower last year and is now set to become a yearly course.  I (@jamesmichie) have been supporting the delivery of the meetings this year along with @iusher who continues to be an invaluable resource to us, in all of our online endeavours – including the session with parents last night.

Right, back to last night’s meeting!

The parents were invited to attend the meeting in a multitude of ways: text message, e-mail, postcard – each one had a link to the meeting room and brief explanation of how it works – Connect Pro install a patch the first time you run it.  As far as I am aware the parents had no problems with this.  We also put a banner on the front of the school website as a reminder.

We received many e-mails in advance of the evening from parents who wanted to be there but had prior arrangements .  As I mentioned earlier, after the meeting we received numerous e-mails from parents who could not get in and many e-mails also from the parents that did get in for a copy of the PowerPoint presentation that I used to show useful ideas, web links, our VLE and an iPod touch app (Flashcard Touch).

The number of parents online (or who wanted to be online) is amazing.  It felt during the presentation and afterwards that there was a real buzz – which continued throughout today.  Most importantly the response demonstrate that parents want to be involved in their child’s education and they want to be informed. Below is the PowerPoint presentation I used in the meeting:

[Update]: Presentation is no longer available.

[Aside] I also learned that I need to find better lighting for future meetings – I look too much like some strange lurker in the dark!

It was a great experience! The buzz throughout the day has been great.  Since I began writing this post I have had over 20 more requests for a link to either the presentation or for copies of the PowerPoint. The school switchboard has had a similar number.  Adding the total number of participants to the number of e-mails we received from people who could not get into the meeting, we could have had over 90 participants – which would have been a third of the year group!

As a colleague put it: “We do all this hard work throughout the year but it’s just 20 minutes on a Wednesday evening that could make the difference.”  Hopefully the “difference” will be seen in the students results this summer!

If you would like to know more about what we are doing with online conferencing you can e-mail me or tweet me @jamesmichie.