I have decided to retire the ‘less, more, none’ format1 and replace it with a simple list of what I hope to do/achieve in 2022.

There will be a whole host of other things that we do this year. For example, keep doing the crossword every morning and continue to buy more ‘grown up’ furniture10 but the items above are the most immediate list of personal and shared goals that came to mind when I sat down to write this.

Jennifer and I ushered in the Christmas break by treating ourselves to Chinese food and watching ‘In the Mood for Love’ by Wong Kar-Wai. It is a personal favourite; and one that we have enjoyed together for as long as we have been a couple.

Built on a modest premise, Wong meticulously depicts the heartbreaking (unrequited) romance between Su Le-zhen (Maggie Cheung) and Chow Mo-wan (Tony Leung). Moving into next-door apartments with their spouses, they come to the unhappy realisation that their respective partners are cheating on them with each other. They consider the possibility of their own affair but agree they will not act on their feelings for each other, lest they be “no better than they are.”

The film’s impact is indebted to its modesty. The romance between the two leads evolves in vignettes: glancing looks, passing comments and brief encounters are all we are given for the first thirty minutes of the film. They only begin to spend more time in each other’s company once they admit the truth of their spouses’ infidelity. Yet, they never act on their true feelings for each other. As Roger Ebert noted, reviewing the film in 2001: “whole continents of emotions go unexplored”. Wong reinforces this narratively, skipping from event to event the connective tissue is discarded leaving space for the viewer to fill in the gaps. Like a good Hemingway novel, what is not said (or seen) is as important as what is.

As moving as the romance between the two leads is, this is not why I so frequently return to the film. ‘In the Mood for Love’ is a mood piece about Hong Kong in 1962. The soul of the film belongs to the city itself. The cinematography, mise-en-scène and music are expertly matched, capturing the city and its inhabitants in a very specific time and place. Drawing inspiration aesthetically from film noir (Wilder, Preminger), minimalism (Bresson) and narratively from Hitchcock (Vertigo/Rear Window), the Hong Kong of Wong’s childhood is rendered mysterious and alluring with a dream-like quality that is intensely beguiling.

Shots linger, focussing on consequential and inconsequential details alike, and the pacing is deliberately slow. Even the many iconic tracking shots of Maggie Cheung, on her way to buy wonton noodles, add to the static, dreamlike quality of the film. As Wong put it himself: “We tried to recreate the film from our memories. And in our memories, everything moves much slower.” Filmed almost exclusively in medium shots and close ups, you are never quite sure where or when events are taking place; the scenes “surface and then submerge back into the murk of memory” (Steve Erickson, 2012). Low angles, and carefully positioned shots placed just outside windows or inside doorways create an intimacy with each location; placing the viewer in situ with the surroundings and characters.

Wong’s canvas is painted in saturated colours and musky hues. It is in one moment vibrant and the next shadowy and subdued. The props and costumes are similarly contrasting; Jadeite vases and cups standout against backdrops of deep reds and browns and the cheongsams worn by Maggie Cheung shift between warm and cold colours reflecting the changing mood of the film’s narrative. The music that complements the visual aesthetic is a mixture of perfectly timed pieces that capture a city caught between its past and present. Chinese opera and classics of the solitary island period sit comfortably alongside the gentle warmth of Nat King Cole. Yet it’s the haunting melody of Yumeji’s Theme that most accurately conveys the nostalgic, meditative atmosphere.

Every time I watch the film, I am struck by its contradictory nature. Exotic, yet universal; subtle, yet bold; it is a masterpiece of filmmaking that succeeds in being both mysterious and seductive. The streets, apartments, offices and noodle bars of 1960s Hong Kong are brought to life; and they are both gritty and romanticised. Through Wong’s dreamy, voyeuristic lens, the city becomes a part of your own memories.

He remembers those vanished years.
As though looking through a dusty window pane,
the past is something he could see, but not touch.
And everything he sees is blurred and indistinct.

~ Wong Kar Wai – In the Mood for Love

Perfect start to the weekend… 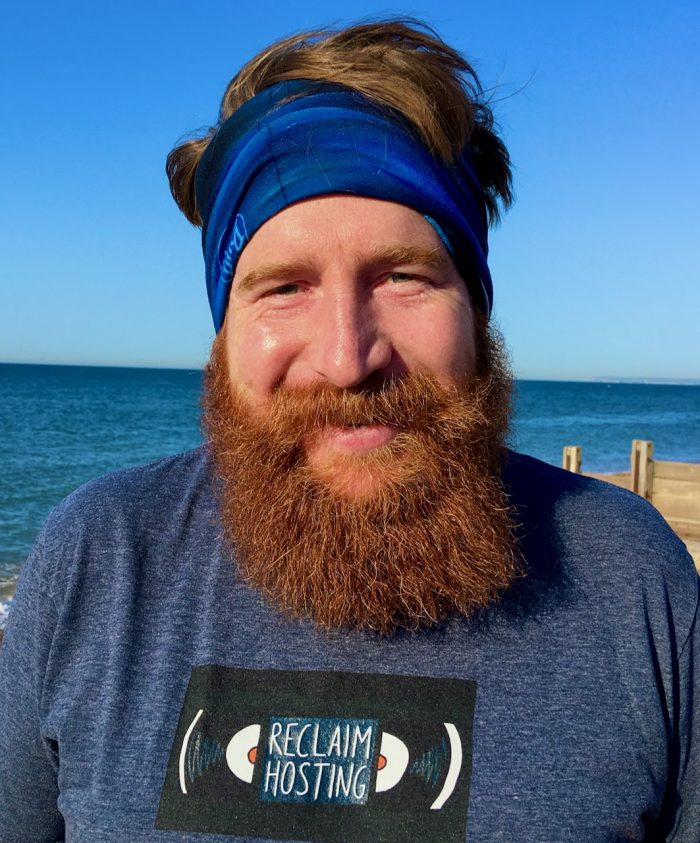 Breakfast ☕️ 🥐 on the beach 🏖 with Jennifer Michie, followed by an invigorating swim. 🌊  🏊‍♂️