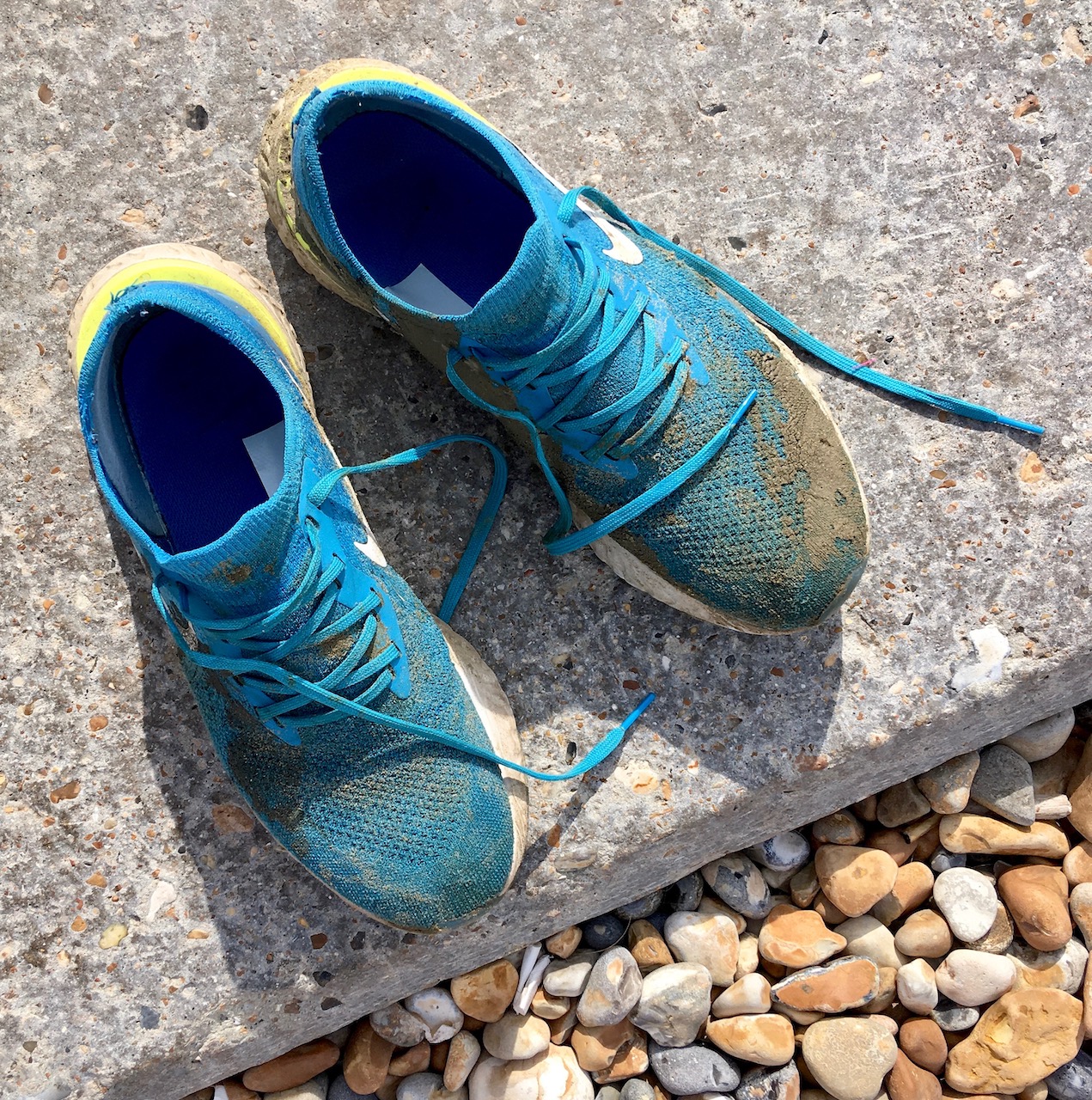 The muddy pair of running shoes, above, have been retired, having served me faithfully for the past four months. They carried me on my longest, most adventurous runs and a series of quicker and quicker 5Ks. I should have retired them several weeks ago but I did not want to let them go.

However, Friday night’s new moon brought with it the lowest tides I have seen since moving to Hastings. Therefore, on Saturday morning I seized the opportunity to run along the coast to Bexhill and back. Deciding this would be the final run for the aforementioned shoes, I ran the last three kilometres on the exposed muddy beach – a first for both me and my shoes. It was delightful and contributed to a fitting final run1 for a truly awesome pair of kicks.

We swing ungirded hips,
And lightened are our eyes,
The rain is on our lips,
We do not run for prize.
We know not whom we trust
Nor whitherward we fare,
But we run because we must
Through the great wide air.

~ from, The Song of the Ungirt Runners by Charles Hamilton Sorley

With worn and torn soles, caked in mud, having seen more miles than any of my previous running shoes, I bid them adieu.