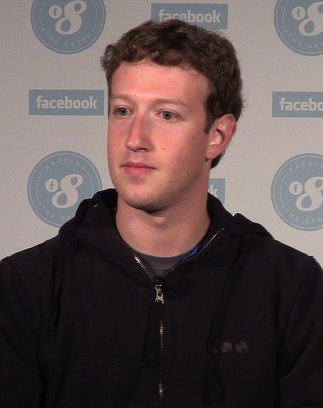 This past week, education secretary Michael Gove suggested that he wants a national curriculum that will create the next Mark Zuckerberg.

Okay, that’s not quite what he said. If that had been what he’d said, I might not have bothered to write this post, as surely that would have implied a curriculum that was creative, fostered ingenuity and was embracing of new technologies. What the education secretary actually said was:

“When Zuckerberg applied to college he was asked what languages he could speak and write – as well as English – he listed, French, Hebrew, Latin and Ancient Greek. He also studied maths and science at school. He would have done very well in our English baccalaureate. And the breakthroughs his rigorously academic education helped create are now providing new opportunities for billions.” (guardian.co.uk, 2011)

Now, I’ve got no problem with Mark Zuckerberg. He created a website that has revolutionised social networking; he’s an astute guy, working alongside some brilliant individuals who have helped him to grow his creation into a billion dollar company; and from what I can tell, he is not actually the complete a**hole that the book: ‘The Accidental Billionaires‘ and the film: ‘The Social Network‘ would have you believe him to be. However, I do not believe that the fact that he can speak and write “French, Hebrew, Latin and Ancient Greek” or that he “studied maths and science at school” had anything to do with his success. I’m fairly certain that his study of IT had a significantly large part to play in it. That, coupled with a healthy dose of ingenuity (not a subject on the national curriculum) and creativity (again not a subject in itself) had a major role in helping him create Facebook.

You see, there are two significant problems with Michael Gove’s thinking. One, there is plenty of proof to suggest that education does not guarantee success. The myriad of entrepreneurs who have been successful ‘sans-education’ is huge. Two, the subjects he refers to as being part of an “academic education” are only a small piece of the puzzle in helping young people to develop the skills they need to survive in the 21st century. The point being, that a student who studies Philosophy, Drama and Art is just as likely to be the next Mark Zuckerberg as a student who studies Maths, IT and Latin.

What I resent is the implication that certain subjects are considered more academic than others. In fact, we should insert the word ‘better’ in place of academic, that is what Michael Gove means after all! This is the sort of elitist thinking that was being steadily eroded during the Labour party’s time in government. It is now being rebuilt by the so-called ‘coalition’, like elitist bricks stuck together with an alarmingly unhealthy dose of cynicism towards new technologies. The curriculum review is a waste of time and tax payers money; nothing more than a placation exercise; as I firmly believe that Michael Gove knows exactly what he wants the national curriculum to look like. In case you haven’t heard, Michael Gove wants lessons to “emphasise the learning of facts”. I think both my own students and Mark Zuckerberg would tell Michael Gove to go shove his lessons where the sun doesn’t shine. After all, he can find out anything he needs to know via Google or by asking any one of the 500 million people who are on Facebook. I’m not suggesting that facts have no place in education but to see them as the basis of an “academic education” is more 19th century than 21st.

It’s time to make our voices heard. One subject is not better or more important than another. We should be offering our students greater choices and freedoms not taking them away. And we should not be considering a return to a Victorian era curriculum that will certainly leave British school children wanting in comparison to their European, American and Asian counterparts. It’s time to take a stand. It’s time for disruption, it’s time for the edupunks to stand up and be counted.